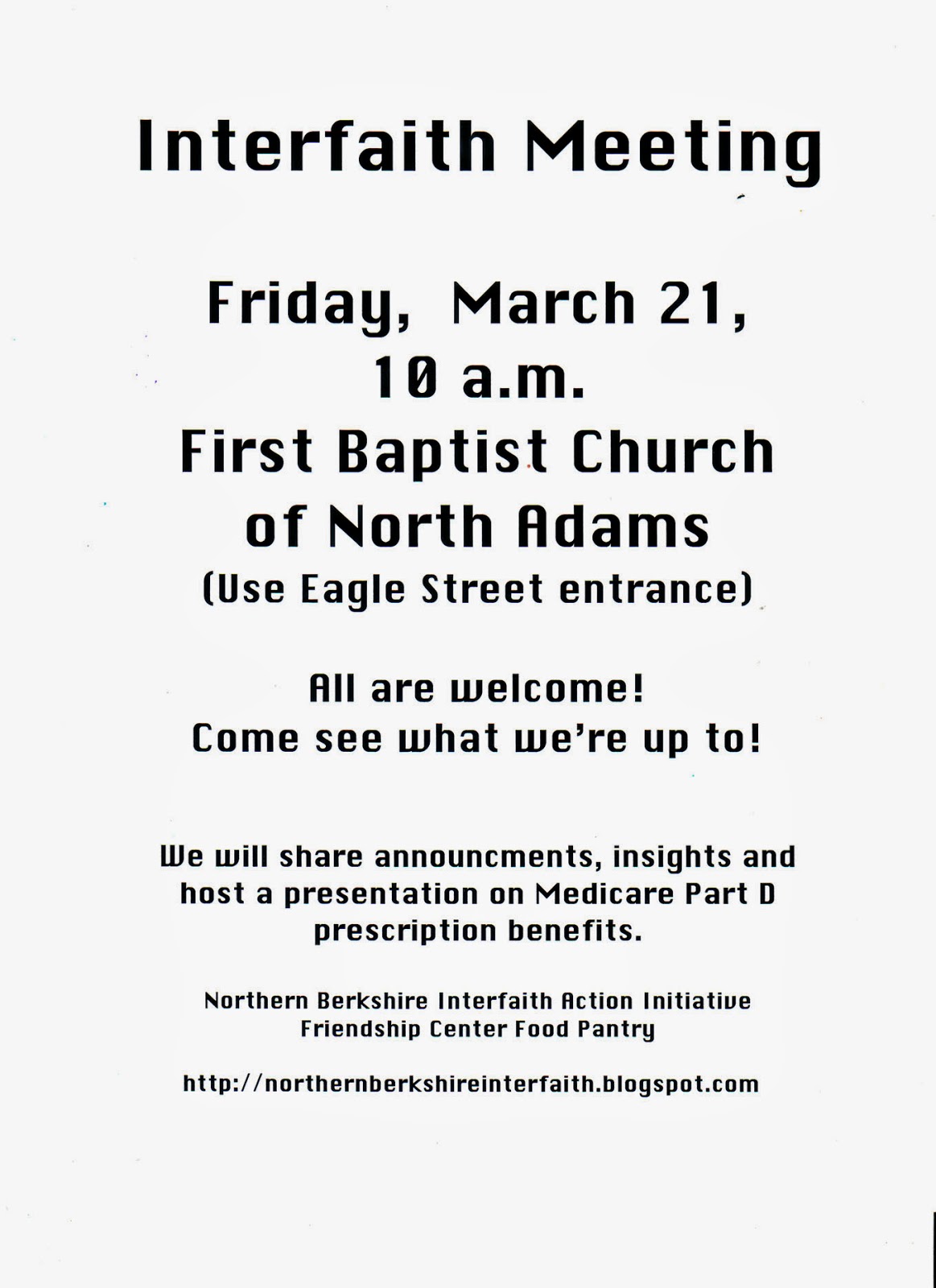 Come to our meeting on Friday

We have a lot of news to catch up on.

First, I want to announce that our next Interfaith public meeting will be held on Friday, March 21, at the First Baptist Church of North Adams. Please use Eagle Street address. All are welcome.

Debbie Valieres, from Little's Pharmacy, will speak about Medicare Part D drug coverage problems and solutions for people with financial need. She will also talk about Part B coverage, and medication compliance as a means to decrease hospitalizations and re-admissions.

Come and see what we're up to! We will share announcements, insights and provide a time of silent prayer. 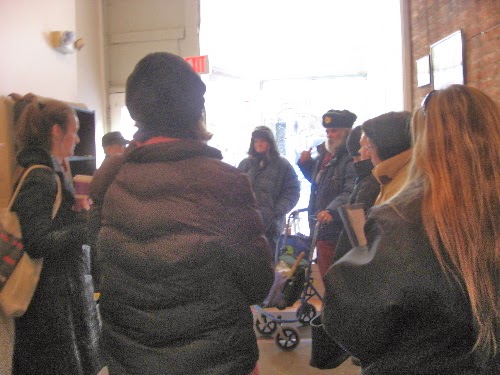 As I write this on March 17, the Friendship Center Food Pantry (FCFP) has served so far in 2014 an average of 133 families per week, on average 95 families in our 10 a.m. to 2 p.m. session and 38 in our 4 to 6 p.m. session. Volunteer support remains great. So does agency support at the Eagle Street Room. We regularly have a nurse from Northern Berkshire Healthcare there every Wednesday, Barbara Cariddi, and Maryam Kamangar from Goodwill also. Frequent visitors also are Sherri Dunne from the Family Life Support Center/Louison House; people from the Family Place; and Amanda Chilson and others from Mass in Motion. We also have at times representatives from WIC, Community Legal Aid, the Food Bank of Western Mass, the Reconnect Center and more...

Stuart Crampton has compiled and shared with the board some fascinating statistics. Summarizing, in 2013 the FCFP served 1,060 different households, representing 3,413 individuals, about one third of whom were children.

Of the roughly 230,000 lbs. of food the FCFP distributed, free government food from the Food Bank accounted for 96,424 lbs. and other free food from the food bank provided 30,095 lbs. Local food drives and gleaning provided another 41,721 lbs. of free food. We bought 47,338 lbs from the Food Bank and another 13,012 lbs. from local businesses. Total free food was about 75 percent of the total by weight. Nevertheless, we spent $45,685 for food.

It takes lots of donations — food and money and volunteer effort — to keep the pantry operation going, and we thank you all! 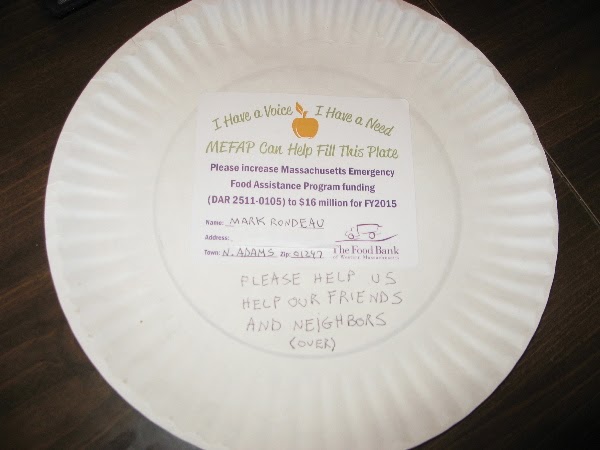 This is my plate. Both volunteers and pantry members are filling them out.

Speaking of funding for food, we at the pantry are participating in a paper plate campaign, organized by the Food Bank of Western Mass., to let our legislators know — and help make the case to their colleagues — that we need increased state funding for emergency food. The plates have a space to fill in your name and address and plenty of room to write a message. We will start sending the plates to Representatives at the beginning of March (like now) and to Senators at the beginning of April. Here is part of the info sheet from the food bank for volunteers and pantry friends in support of the effort:

The Massachusetts Emergency Food Assistance Program (MEFAP) is an important food resource for many food programs, including this one (the Friendship Center Food Pantry). Each year, the Commonwealth of Massachusetts sets aside money for food banks, like the Food Bank of Western Massachusetts, to buy MEFAP food. Then that food goes to meal
sites and food pantries. Last year, the Massachusetts legislature decided to increase the funding for MEFAP to $14 million, which was helpful. However, that was the first time in many years that the funding for MEFAP had increased. That means that $14 million still doesn't buy enough food.

This year, the governor's budget proposes the same level of federal funding for MEFAP as last year. Since food prices keep going up, that money buys less food than it used to. At the same time SNAP [food stamps] and Unemployment benefits have been cut, so there is more need for MEFAP food. We are asking our state senators and representatives to increase the amount of money for MEFAP this year from the $14 million the governor proposed to $16 million. The $2 million increase would be spent on more food across Massachusetts that would be distributed through programs like meal sites and food pantries.

The paper plate is one way that you can tell your state senator or representative that you support an increase in funding for MEFAP. Legislators care about what the people they represent think. [The rest of the message tells ways the plate(s) can be delivered to the legislators. We at the Friendship Center are mailing/delivering them.] This is the first time we have done this kind of advocacy — which by the way is full compliant with the non-profit status we seek — and the plate campaign has started slowly. We feel confident, however, that we will be able to submit to our legislators all 50 of the plates we receive filled out by pantry members, volunteers and supporters. 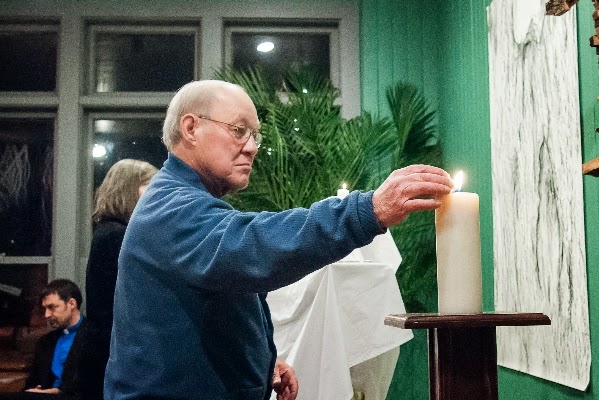 Our second annual Service for Mental Health Recovery and Understanding was held on Sunday evening, Jan. 27, at New Hope United Methodist Church in Williamstown. About 30 people attended this ecumenical service of readings, candle-lighting and support. We thank the Rev. Dan Randall for planning and leading the service. Dan, by the way, is a volunteer on the Wednesday evening shift at the Friendship Center. Addressing the group at the opening was Marilyn Moran of the Berkshire Chapter of the National Alliance on Mental Illness and yours truly on behalf of the Northern Berkshire Interfaith Action Initiative.

Though attendence was a bit down this year compared to last, we plan to continue this event, as it is an interfaith endeavor to reach out to friends and neighbors in need.

We don't need justification for our focus on this issue, but I note with interest that mega-evangelist Rick Warren is now venturing into this field, one year after the suicide of his son. According to a recent article by the Associated Press,  "Warren, founder of Saddleback Church and a best-selling author, will team with the Roman Catholic Diocese of Orange and the National Alliance on Mental Illness to host a daylong event next month focused on helping church leaders reach parishioners who are struggling with mental illness.

"The Gathering on Mental Health and the Church grew out of private conversations Warren had with the local Catholic bishop, Bishop Kevin Vann, after his son's death and his own writings in his journal as he processed his grief. Matthew Warren, 27, committed suicide last April after struggling with severe depression and suicidal thoughts for years." 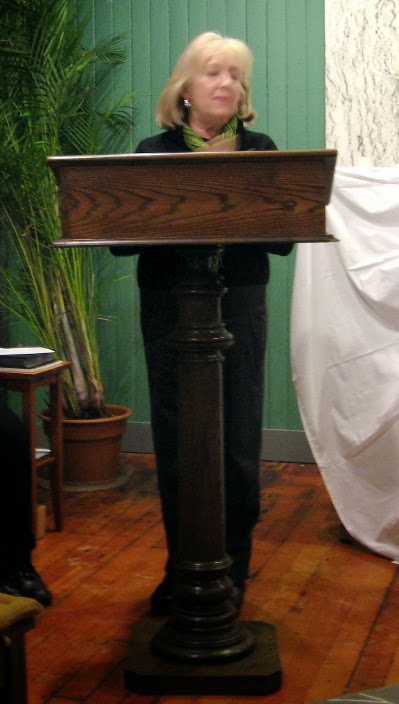 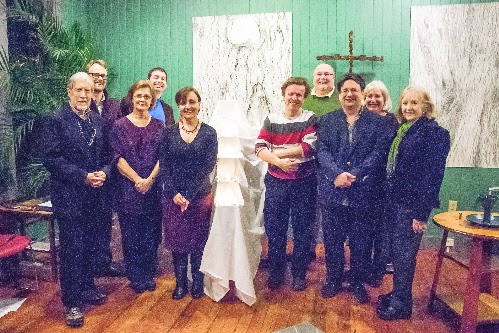 Our January and February meetings 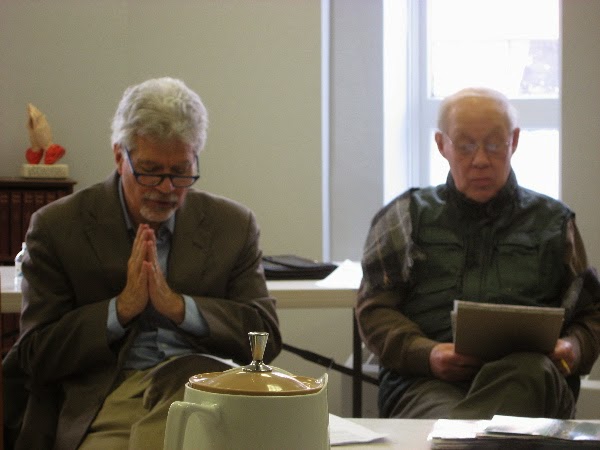 Above, Chip Joffe-Halpern of Ecu-Health Care (left), with Al Nelson. Below, Paul Austin of Northern Berkshire Habitat for Humanity. 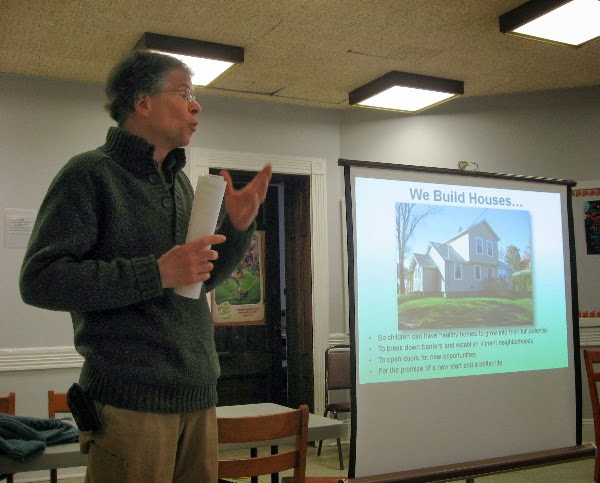 It's been a while since we've caught up here on our monthly meetings. We've had two good and informative ones so far this year. On Friday, Jan.17, we welcomed Chip Joffe-Halpern of Ecu-Health Care. He spoke to us about the implementation of the Affordable Care Act in Massachusetts. On Friday, Feb. 21, we hosted Northern Berkshire Habitat for Humanity. Paul Austin, John Case and Habitat homeowner Alecia Briggs gave a great presentation. We dicussed as a group ways to get our local faith communities more involved and to cooperate as an Interfaith group with Habitat. 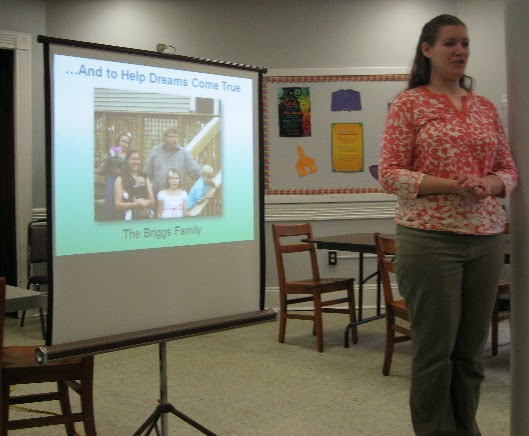 Alecia Briggs speaks about her family's experience with Habitat. More faith congregations in Northern Berkshire should see the presentation NB Habitat offered us at our meeting!

Donations in memory of Henry Bounds 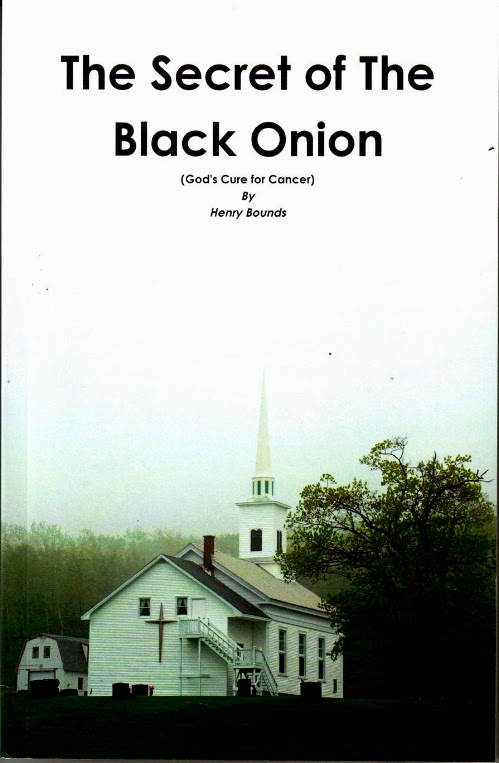 In the four years of this blog, the most popular post — more than 1,300 views in less than a month — was the one above this post about Henry Bounds, who passed away unexpectedly on Feb. 22. Henry’s church, Florida Baptist, and the Friendship Center Food Pantry were listed in his obituary as places to send memorial donations. So far, we have received more than 50 generous donations from individuals, families, businesses and institutions honoring Henry.

I did not find out until after his death that Henry had written an autobiography, “The Secret of The Black Onion (God’s Cure for Cancer).” I ordered a copy from Amazon.com and have found it to be both an entertaining and inspiring book. (See http://www.amazon.com/The-Secret-Black-Onion/dp/1300133767 ) I wish I had known about this book a year ago.

Well, we certainly miss Henry. His passing reminds me that we’re all just pilgrims on this side, whether we recognize it or not. Anyway, I will here end with a quote from Pope Francis:

“The encounter with God in prayer again pushes us to ‘come down from the mountain’ and back down into the plain where we meet many brothers and sisters weighed down by fatigue, injustice and both material and spiritual poverty.”

Mark
Posted by Mark Rondeau at 10:37 PM No comments: