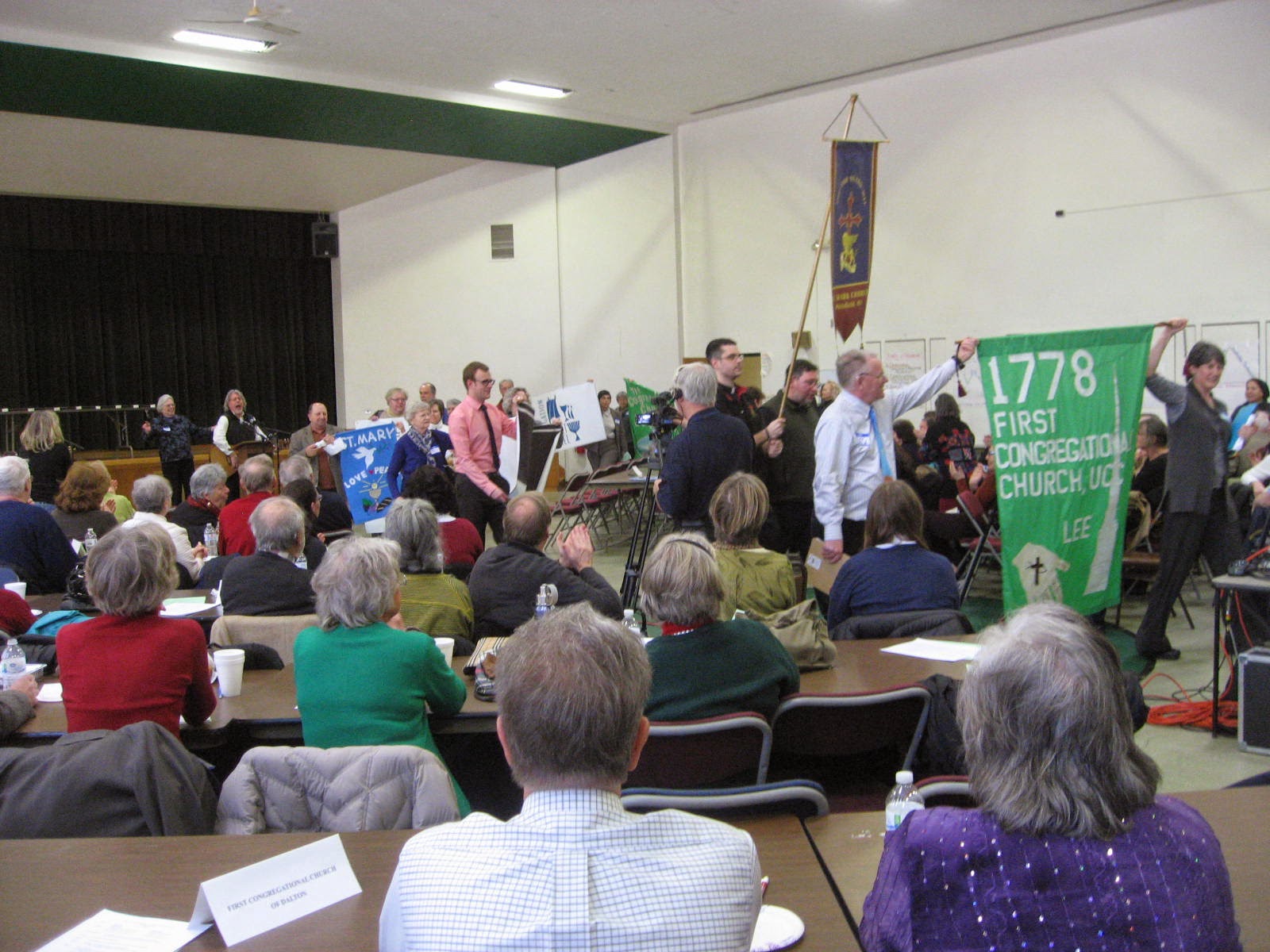 Delegates march into the hall after the vote to found the organization.

Initial areas of focus will include food security and transportation


I was one of many guest observers to attend the Berkshire Interfaith Organization Founding Convention on Sunday, Jan. 25, at St. Mark's Catholic School in Pittsfield. While more than 200 people gathered in the large gym area at the beginning of the meeting, in a smaller room nearby, member group delegates approved the constitution and held election of officers.

After the voting, the delegates marched in bearing the banners of their respective congregations. It was an exciting and moving thing to see!

I am excited to see another grassroots interfaith organization start in Berkshire County.


“Berkshire Interfaith Organizing is a group of clergy, their congregations and regional affiliates who, together, grounded in faith seek to make justice real in our community. We are informed by stories from individuals in our towns, our places of work and worship, and our families. These stories have given shape to concerns that run deep in the fabric of our Berkshire community,” according to a handout at the convention.

“Clergy and lay leaders in the Berkshires have built this faith and values-based, multi issue organization of religious congregations in Berkshire County to build community, develop leadership, broaden and deepen our member congregations, and take actions on issues of concern such as hunger/food insecurity and transportation. Through citizen action organizing and democratic economic development strategies, we will work to improve the quality of life for all people in the Berkshires.”

At this point, BIO has an official membership of 14 religious congregations and numerous regional sponsoring organizations. This new county-wide community organization will first focus on two issues dear to our heart: food insecurity and transportation.

Clergy and lay leaders and their regional affiliates in the Berkshires have been working for more than two years to create this faith- and values-based multi-issue organization that will build community, develop leadership skills and tackle problems such as hunger/food insecurity that affect poor and working poor families in the Berkshires. Numerous people who do or have volunteered at or otherwise supported the Friendship Center Food Pantry are members of congregations formally involved in BIO. 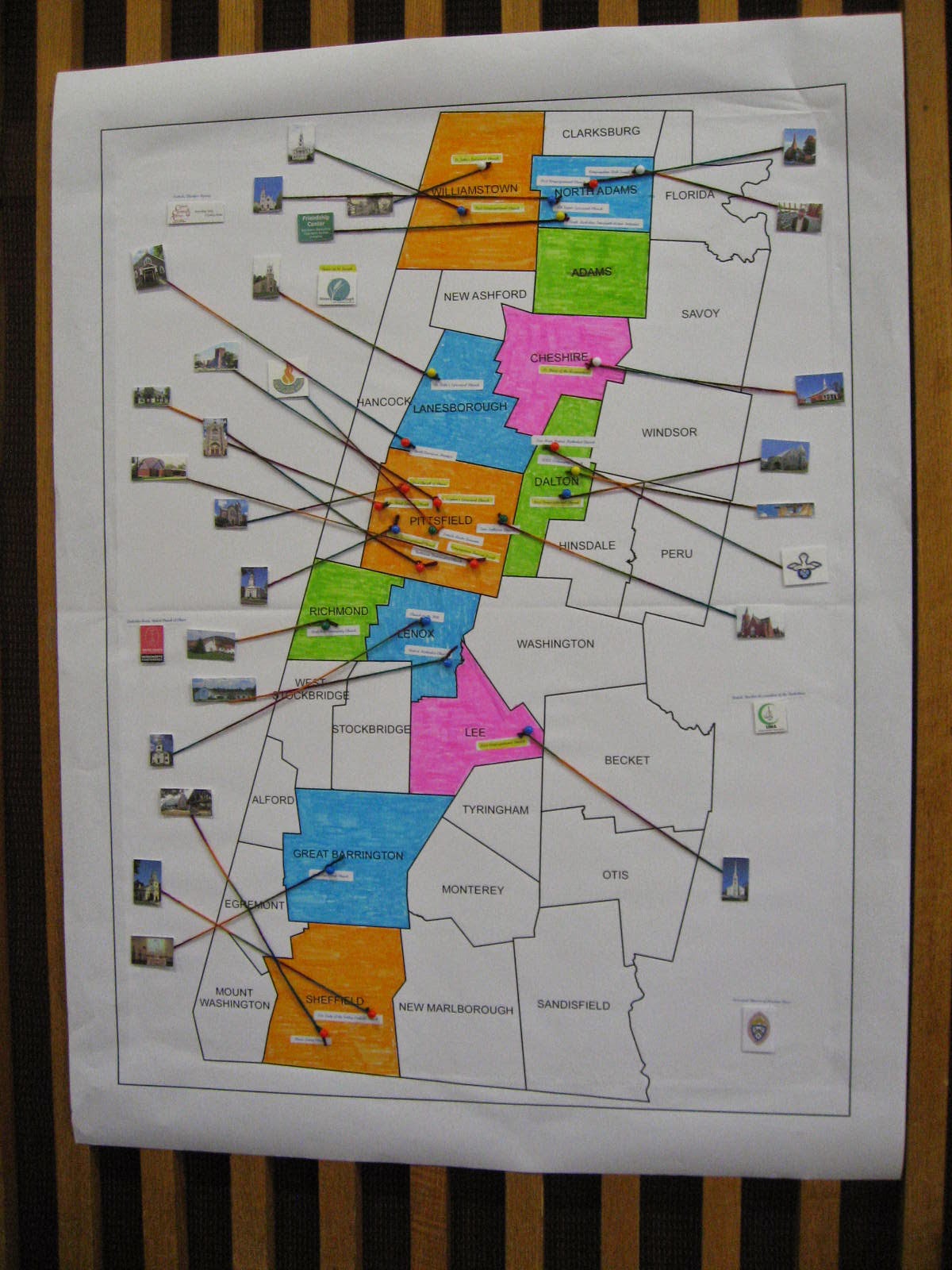 This map on display during the gathering shows the founding members and organizations in support of BIO. These include the Northern Berkshire Interfaith Action Initiative, which is pictured as being in North Adams, the top-most blue community on the map of Berkshire County.


Lauryn Levesque, BIO’s new president, and a member of First Church of Christ on Park Square, Pittsfield, said, “We built this organization because the county is often left out when political decisions about resources are made in Boston, and we also have a growing number of people—native born and a growing number of immigrants—who are having trouble making ends meet even if they have one or more jobs.”

Added Levesque, who is also Pittsfield Postmaster, “As congregations we see this first hand and we know that simply increasing the amount of direct service we provide is not enough.  We need to get to the root of these problems, and combining our voices and working with others already focused on these issues will bring more power to solving these problems.”


BIO Transportation and Food Insecurity/Hunger Research Team members have held meetings with each of the county’s state legislators, who have all committed to work with the organization to seek systemic solutions to these pressing problems. Members of the research teams have also visited the Friendship Center and even volunteered to get a better idea of the challenges those in need face in finding adequate food and transportation. 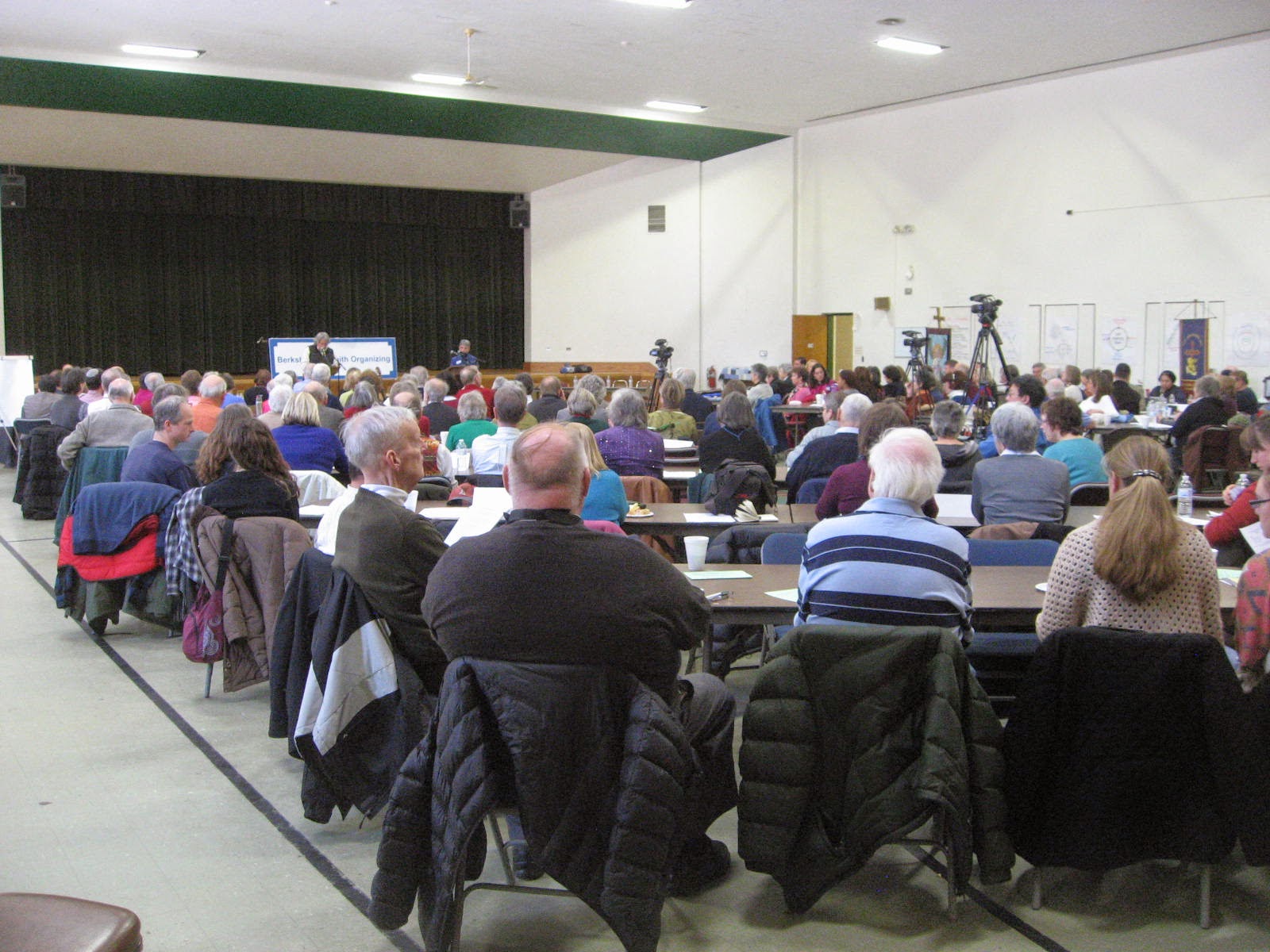 This picture taken from the far back corner of the hall gives an idea of the large crowd attending the convention.


BIO’s Regional Sponsoring organizations include: Catholic Charities Agency of the Diocese of Springfield; Sisters of St. Joseph – Springfield; Berkshire Association of the United Church of Christ; and the Episcopal Diocese of Western Massachusetts.  Additional funders include Catholic Campaign for Human Development, the Unitarian Universalist Association’s Fund for a Just Society and the Presbyterian Church of USA.

Other groups who had represtatives at the convention were numerous faith communities which have not formally joined BIO. Groups like NBIAI, Central Berkshire Habitat for Humanity, the Pittsfield Senior Center, the Food Bank of Western Massaschusetts.

Personally, as a Catholic I have to express my disappointment that only two churches in the whole county have formally joined BIO, particularly when three of sponsoring organizations are Catholic. At any rate, associations and groups such as the NBIAI can join, and with board approval I'm hoping we eventually will.

God Bless you all,

At the end of the founding organizations posed with their banners. 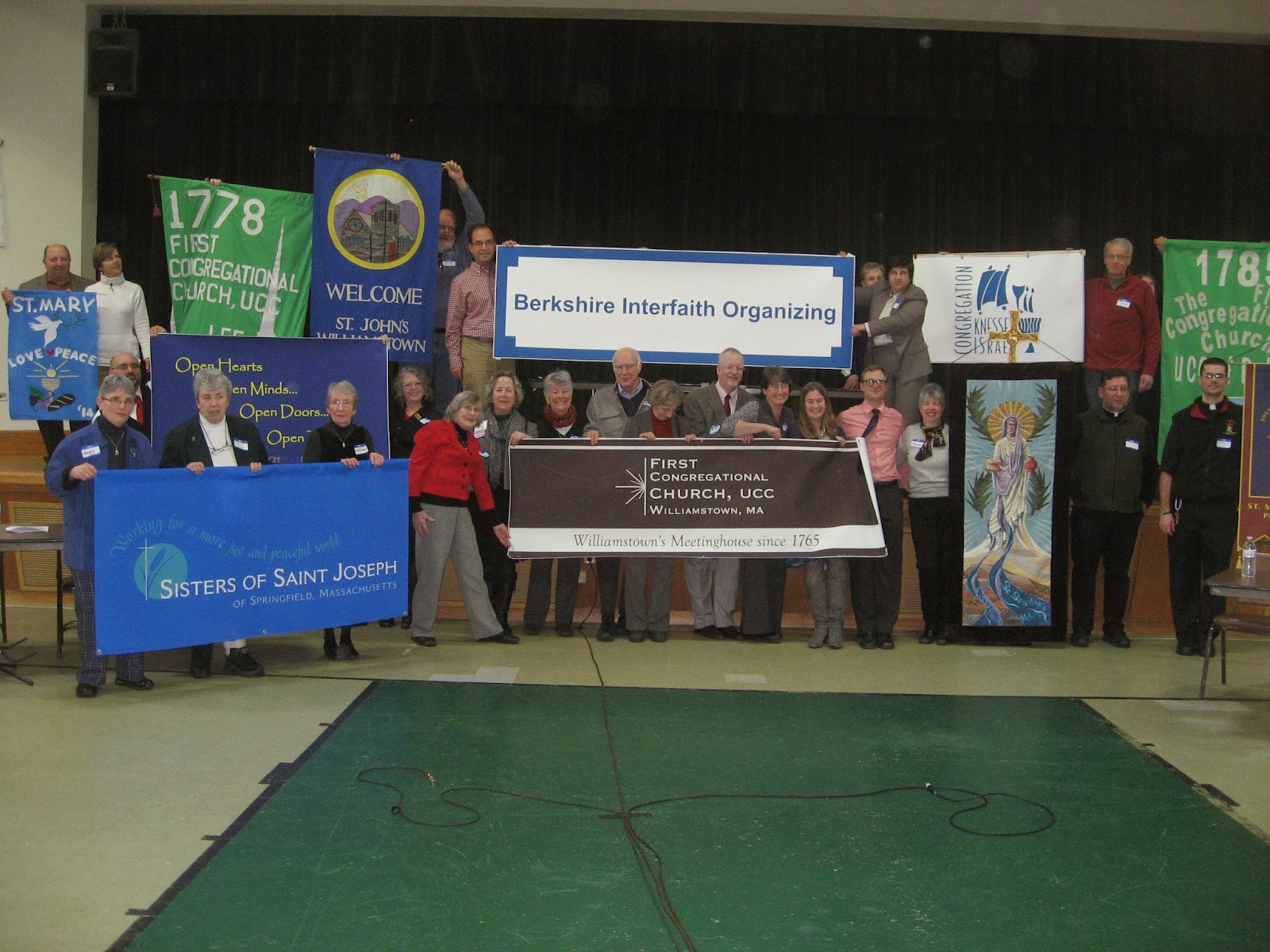 Posted by Mark Rondeau at 8:03 PM No comments: