It's Now and Forever the Al Nelson Friendship Center

Al Nelson: Our Man for All Seasons 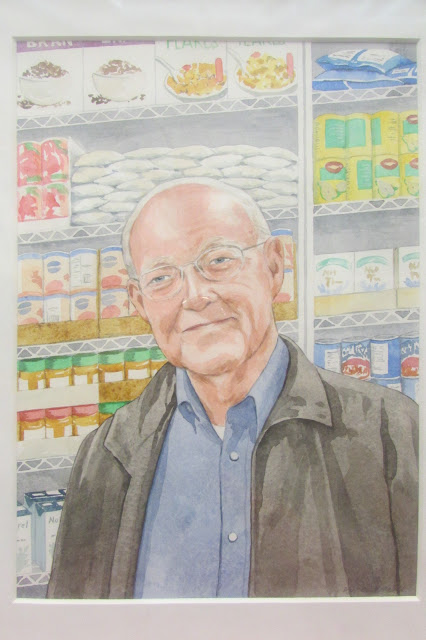 On Monday, Oct. 15, 2018 at the First Baptist Church of North Adams, we held a tribute to our late co-founder, Al Nelson. We unveiled our new sign for the Al Nelson Friendship Center and the commissioned painting of Al above. Scheduled speakers were North Adams Mayor Tom Bernard; Christa Collier, executive director of the Northern Berkshire United Way; and Mark Rondeau, friend and collaborator with Al. As prepared for delivery, Rondeau's tribute follows.


I first met Al Nelson in 1996 when I was editor of the Advocate. I went to the Northern Berkshire United Way offices, then located at 85 Main Street, to do an article.


Immediately upon meeting Al, I recognized his voice from the radio. It was one of the voices I heard on WMNB growing up in North Adams decades earlier. I had moved away with my family in 1976 and moved back with my family in 1993. So other than his voice, Al Nelson and his work were completely unfamiliar to me.


I wrote a profile of Al for the paper. What a nice, interesting and unassuming man, I thought. Another of those people who made my hometown special.


Around the same time I started going to monthly forums of the Northern Berkshire Community Coalition. Al, of course, had been present at the creation of the Coalition. Then he served it as board member and treasurer for many years. I started sitting with Al at these Coalition forums.


He invited me to a prayer breakfast at this, his church. He knew I liked sports and invited me to meetings of the Sideline Quarterback Club at the Log in Williamstown. For the uninitiated this is the Williams College Football booster club.


(As an aside: the only time I ever heard Al yell in anger was at Williams football games.)


As the years wore on Al and I started to collaborate on the occasional project. At the Advocate I wrote about Al and Anne going on a mission trip to Romania. About 10 years ago, after a rough stretch of illness and death in my family, I had the idea of creating a local caregiver resource guide. The Coalition thought it was a good idea and we started having committee meetings of interested parties.


Who was present at all the meetings and actively involved? Al Nelson, of course.


A couple years later, in 2010, at a Coalition forum about the intersection of faith and community, Al and I thought there should be more collaboration between local houses of worship. The clergy present, under-supported and overworked as they were – and are – challenged us in turn to do something ourselves as laypeople.


So Al and I got talking. Why not launch an Initiative to bring people of faith and goodwill together to serve the community?


Along with some others involved, the Northern Berkshire Interfaith Action Initiative was born. We started looking for a project to collaborate on and bring people together. We held monthly meetings looking for a project. We even held a drumming circle at the 2010 North Adams Downtown Celebration.


By the end of 2010 and beginning of 2011, things started coming together. The Friendship Center was born. Al and everyone else involved got a crash course in running a food pantry. I don't have to tell you the rest of the story. I can say that all of you here tonight have been part of the story as it has gone forward.


I'd like to shift here and ask a rhetorical question? Why are we here tonight? Right here in this place, on Saturday, July 21st, a nearly full church honored Al Nelson. Wonderfully well done and emotional as that service was, it was a closing of a book, like all such services. But we need to take this book with us – and keep the spirit of the story it tells alive.


We're here tonight to carry Al's life and example forward with us into the future, most specifically in the work we do at the Friendship Center – from now forward the Al Nelson Friendship Center. We're here to honor a man who came to this city for a job at the radio station and stayed to build a life, lift a community and walk humbly with his Lord.


I'll offer that we're here because the community needs Al Nelson. Who he was, what he stood for, what he did and tried to do, how he treated people are signposts along the way in a troubled, turbulent time. We're here to insure in our small way that Al Nelson is remembered, that he remains a known example to be imitated.


Al was a man of faith. It was a non-negotiable with him. As I told a Berkshire Eagle reporter working on a story about him, Al was one of the best Christians I ever met. He took his faith very seriously and lived according to its precepts.


Unlike some virtuous people, however, Al was not judgmental. He also – and this is very rare, in my experience – did not gossip or criticize people behind their backs. It wasn't that Al wore rose-colored glasses – anything but – he was a very realistic man who kept himself well informed and knew exactly what was going on.


Al's response to problems was very wise. Work steadily and quietly and don't get upset. Things will work out. Be secure enough and strong enough to calmly wait and see. Many times, in one way or the other, he taught me this lesson and led me to take this approach. I regretted it when I didn't.


Al's kindness, service and care of those in need were rooted in the Scripture and his daily walk with the Lord. He was a gentleman, unfailingly respectful to all. You know that he was a cheerful man, with a great sense of humor. He loved to talk to people. And he loved to needle you – but it was the most good-natured, loving needling in the world. He knew I worked late, so when I showed up late to the Eagle Street Room on a Wednesday, Al might proclaim: “He has risen!”


Al was a man of community. He was all about building relationships, making connections and reaching out to others. He was always concerned about how we could help and collaborate with other food pantries and related services in Northern Berkshire. He went out of his way, for instance, to include Adams and Williamstown in our efforts to promote and report on the results of the annual Letter Carrier Food Drive.


In doing these things, Al was a meticulous, precise and thorough man. People have a hard time reading my handwriting, but Al's penmanship was perfect. If I wanted to talk to Al but saw he was starting to write a note, I would go do something else, because it was going to take a while. Al did nothing in a half-baked fashion.


He was a retired radio journalist and he liked to ask questions. At many a board meeting of the Initiative and Friendship Center, I would think we could move on to another topic but Al would have one more question. Implied in this question-asking is the fact that Al listened to the answers.


Because Al listened and listened with empathy, he knew how to respond effectively to people in difficult situations. Often he would tell audiences of things our food pantry friends had told him: the man who had no pots or pans to cook with. The woman with no refrigerator and no bed for her or her child.


And Al never, never promoted himself – never. He was totally mission-oriented. He not only checked his ego at the door, he never brought it in the first place. In fact, he had probably stored his ego in a box one day and then forgot where he put the box. He wasn't falsely humble. He just knew exactly who he was and what he was about and that was enough.


I noted at the beginning that I had heard Al Nelson's voice on WMNB decades before I actually met him. I still hear his voice. I hear it in some of the closings he used in his notes and emails to me and others about Initiative and food pantry business.


“Stay out of trouble and keep the faith --” 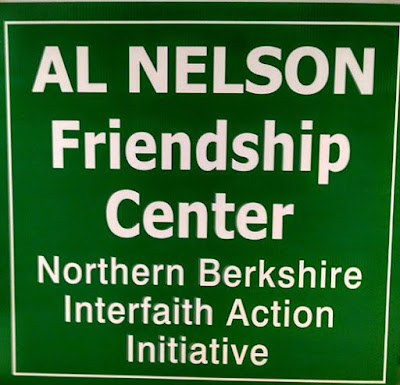 Posted by Mark Rondeau at 6:36 PM No comments: