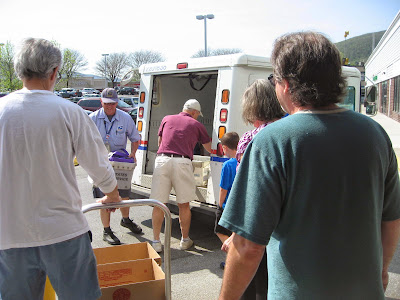 Here are some photos from our sorting for the Letter Carriers Food Drive from our letter carrier friends from the North Adams Post Office. More than 45 people volunteered and we collected and weighed 7995 lbs. of food. This will surely go over 8,000 lbs. as late donations trickle in.


We utilized the former Sleepy's mattress store at the corner of American Legion Drive and Main Street as our sorting center. Several of enjoyed the spring expo on Main Street during the inevitable lulls between deliveries. Dan Bird and Kevin Tyree also took a rented van out and picked up food in places such as Village East. 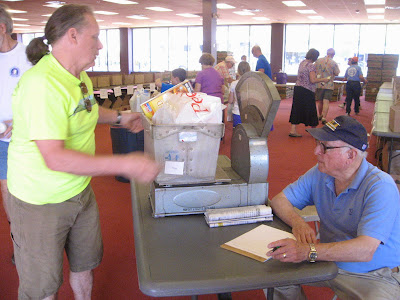 Stan Owczarski and Steve Green at the weighing station. 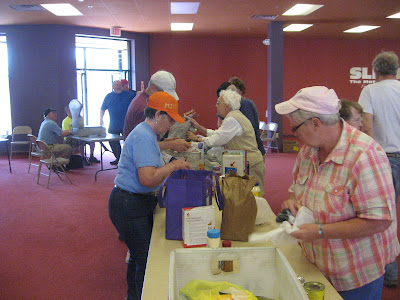 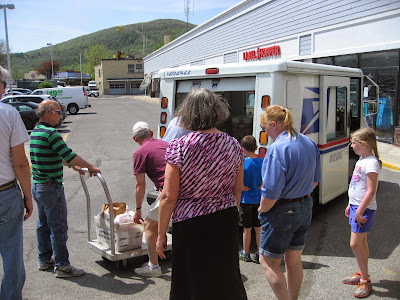 Another delivery arrives. And then another. 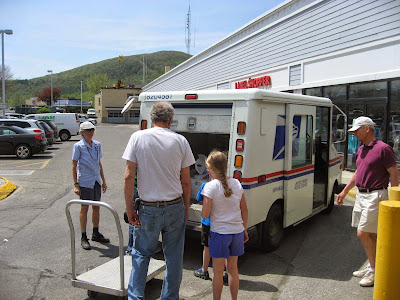 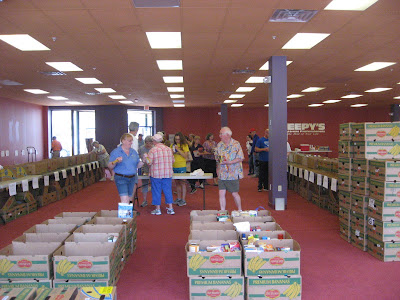 Above, the sorting operation seen from the back. 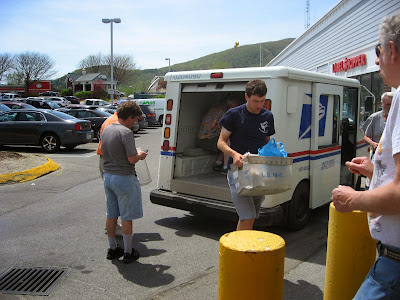 One of our four Williams students who volunteered brings in some food. Below, a good view of the sorting process. 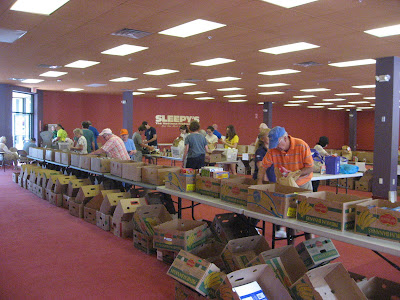 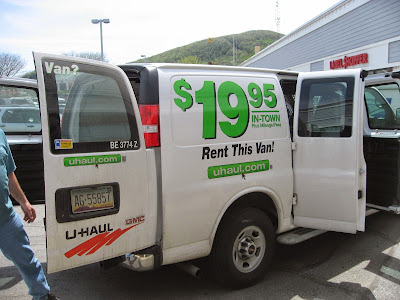 Here's the rented van used by Dan and Kevin to help pick up food. 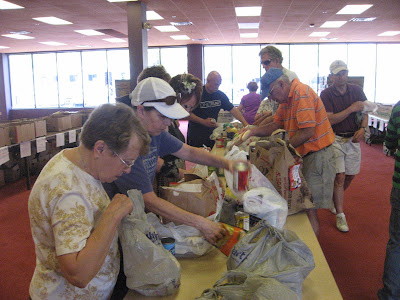 Lois Hescock and others sorting. Below, Owen, along with his sister, Megan, were powerhouses of collecting and sorting the whole day. Their little brother, Tyler, also pitched in. 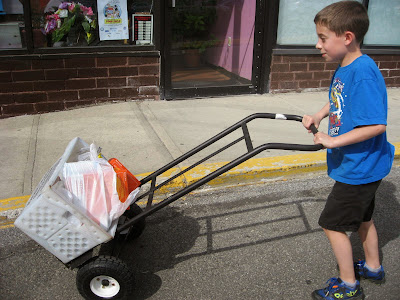 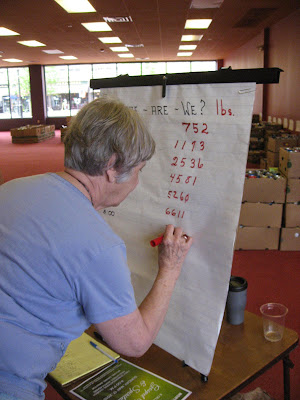 Thanks to the letter carriers, everyone who donated and all the volunteers who helped on Saturday!

Posted by Mark Rondeau at 2:37 PM No comments:

Our Big Move Next Door to 45 Eagle Street 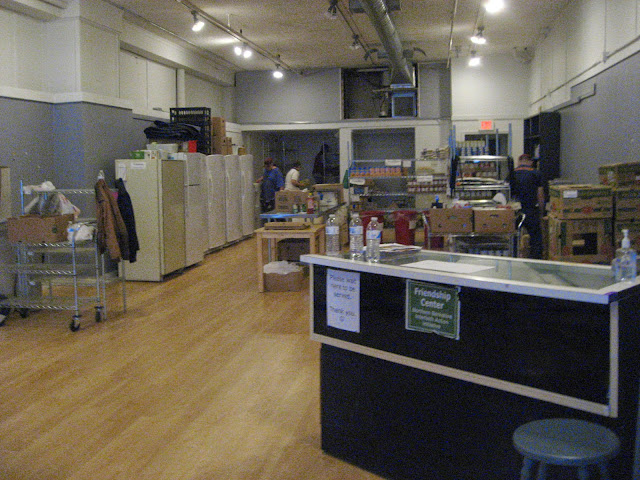 On Saturday, May 2, about 25 total volunteers, including three MCLA students and one McCann high school student, helped us move from 43 Eagle Street next door to 45 Eagle Street and help our wonderful landlords, Mike and Lois Daunis, move their books and furnishings from 45 over to 43 Eagle Street.

So we have moved from a roughly 750-square-foot space over to a 1,280-square-foot space. We will have a lot more room for our visiting pantry member friends. Sign-ins at the pantry will still take place at the Eagle Street Room of the First Baptist Church of North Adams. 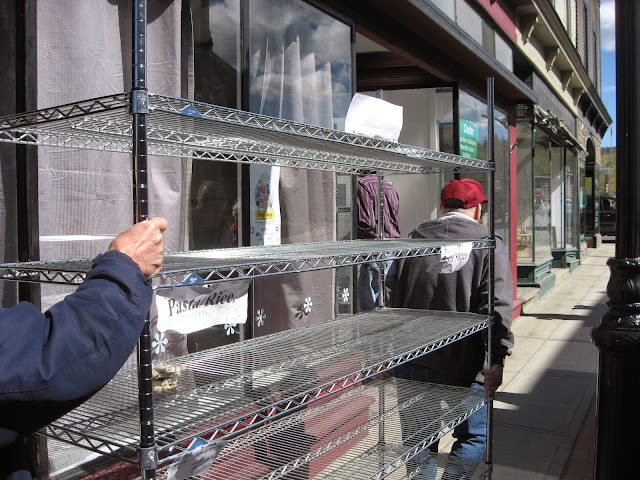 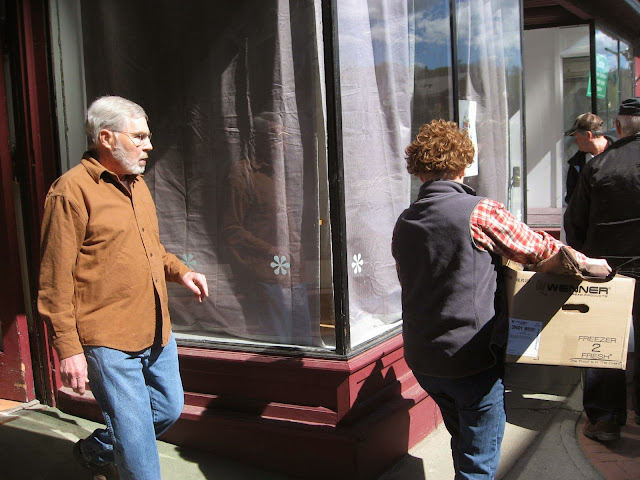 The Dickinsons helped us move stuff over, also. 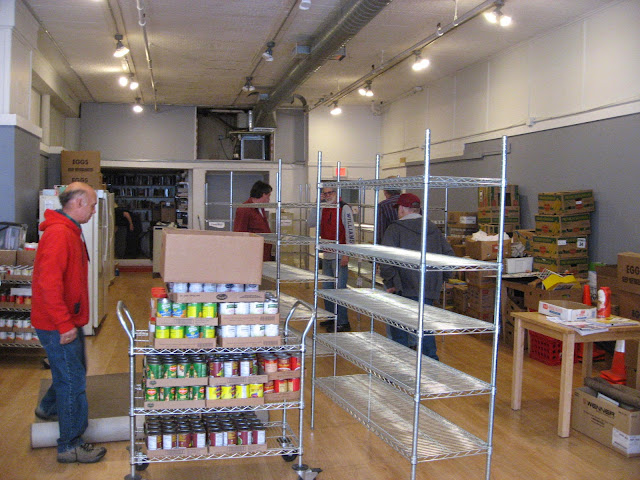 Rich Wolfe with one of our rolling food racks, which helped greatly with the move. 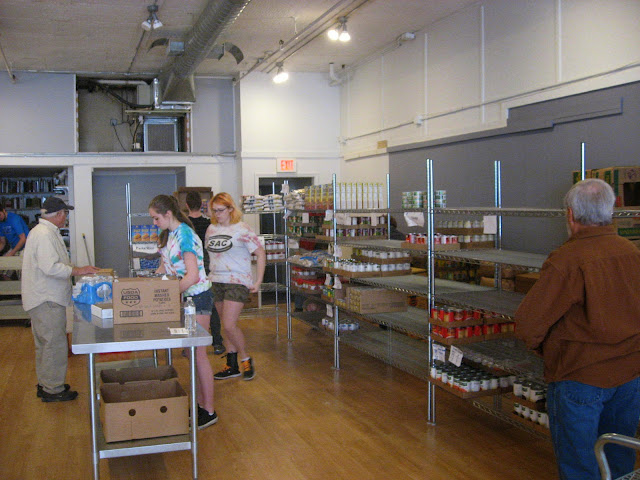 The MCLA students were a huge help, here with Steve Green. Below, Nick from McCann's at right. He stayed until the end. With Fran Morandi, back to camera, Steve Green at right, and Kevin Tyree in green shirt (you can't see all of him). 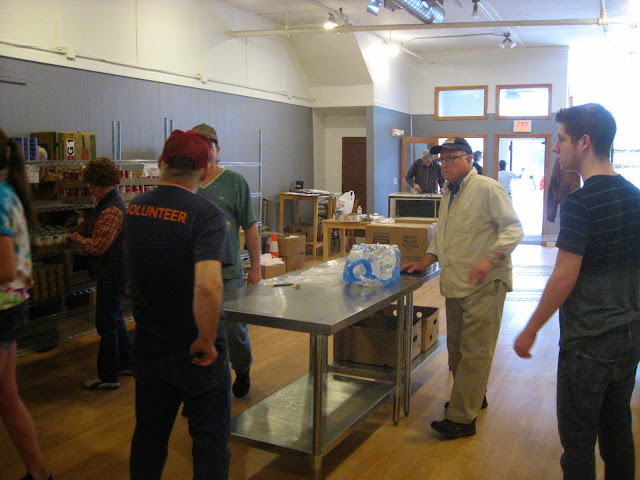 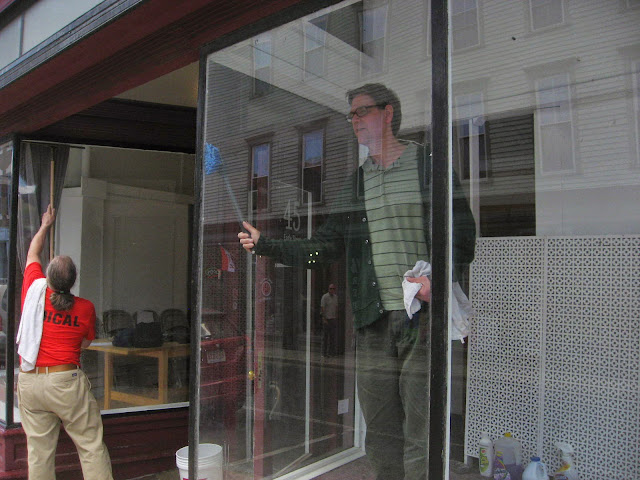 Stan Owczarski and Dan Lampron were among those working on the windows. 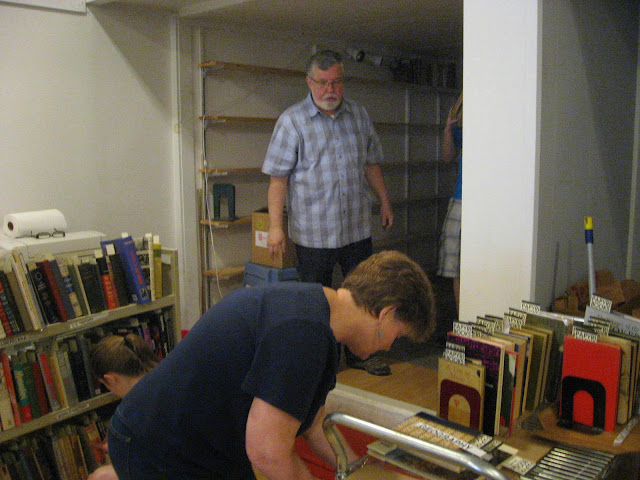 Our friends and landlords, Lois and Mike Daunis, moved their books and other items, with help mostly from the MCLA students but from some pantry volunteers, too. 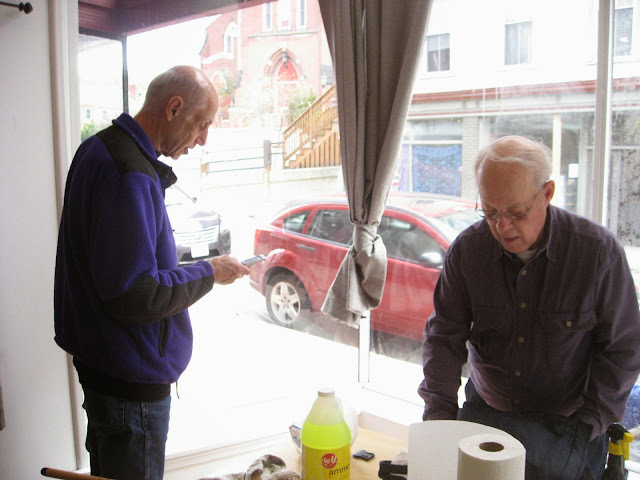 Dan Bird and Al Nelson. Dan helped pull up the duct tape we had secured the rugs down with at 43 Eagle Street. 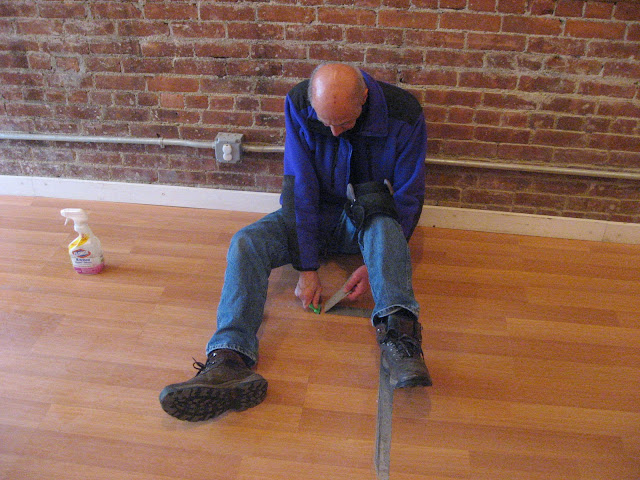 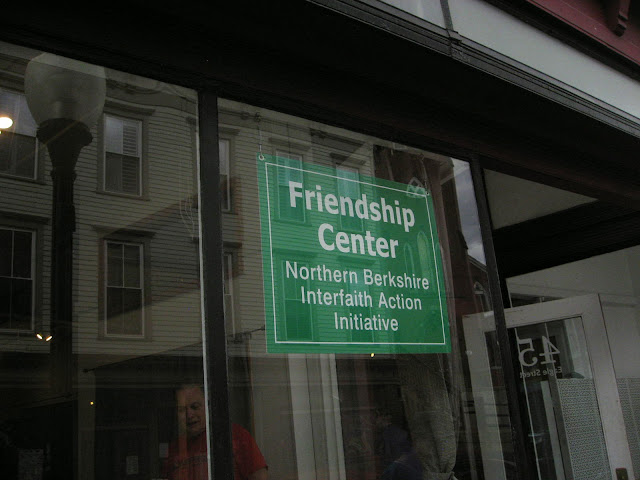 Our sign is now up at 45 Eagle Street. As is our window display, below, both courtesy of Stan Owczarski and Louise Zocchi. 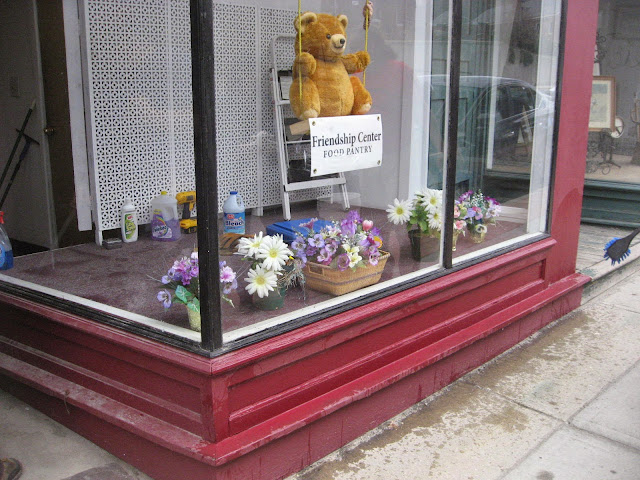 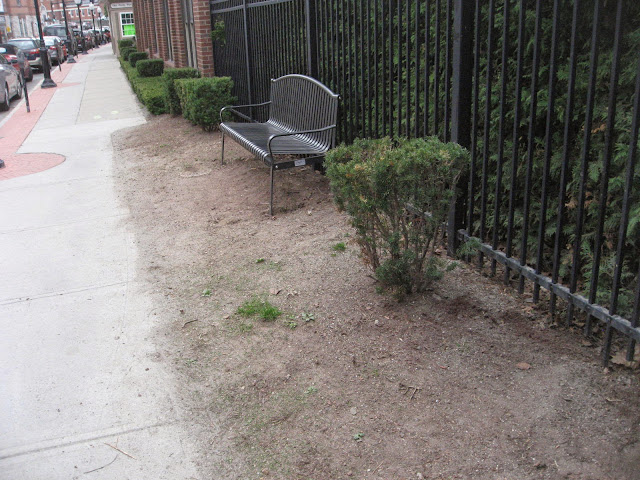 I took it upon myself to clean the trash out of the little park next to the building. 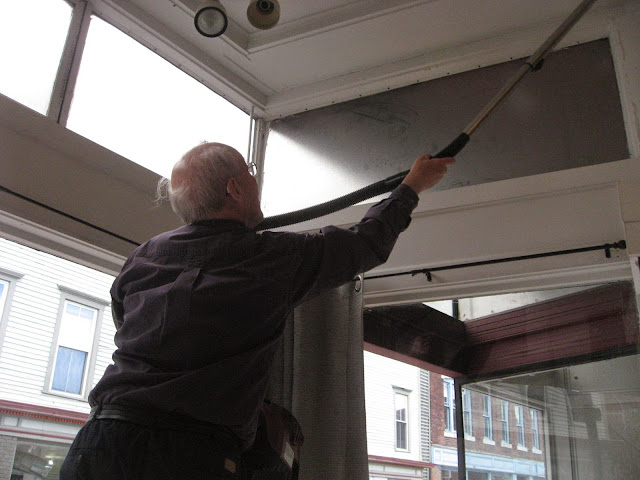 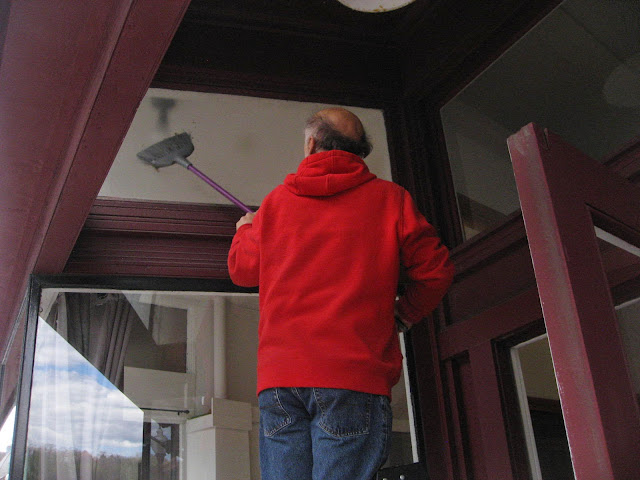 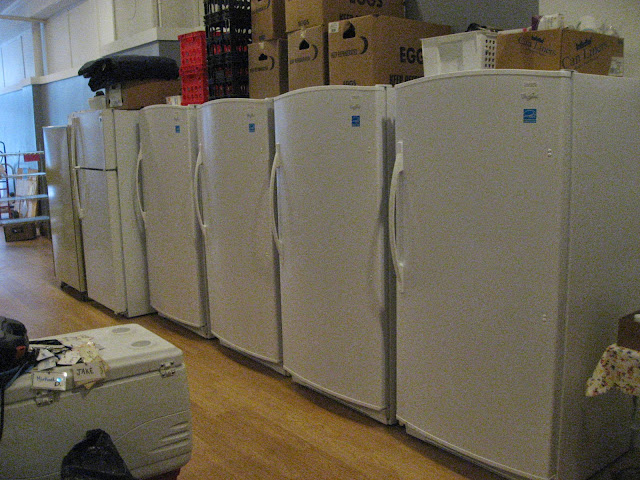 All six of our refrigeration units in a row. 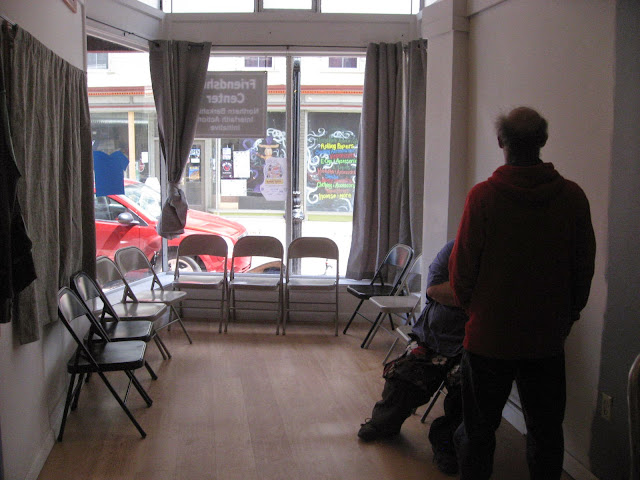 This waiting area in the front nook is one of my favorite features of the new space. We'll see how it works on Wednesday.

Somehow I took all these photos without one of Rich Davis, our food distribution coordinator, but he shows up earlier and works longer than everyone else!

Posted by Mark Rondeau at 7:23 PM No comments: